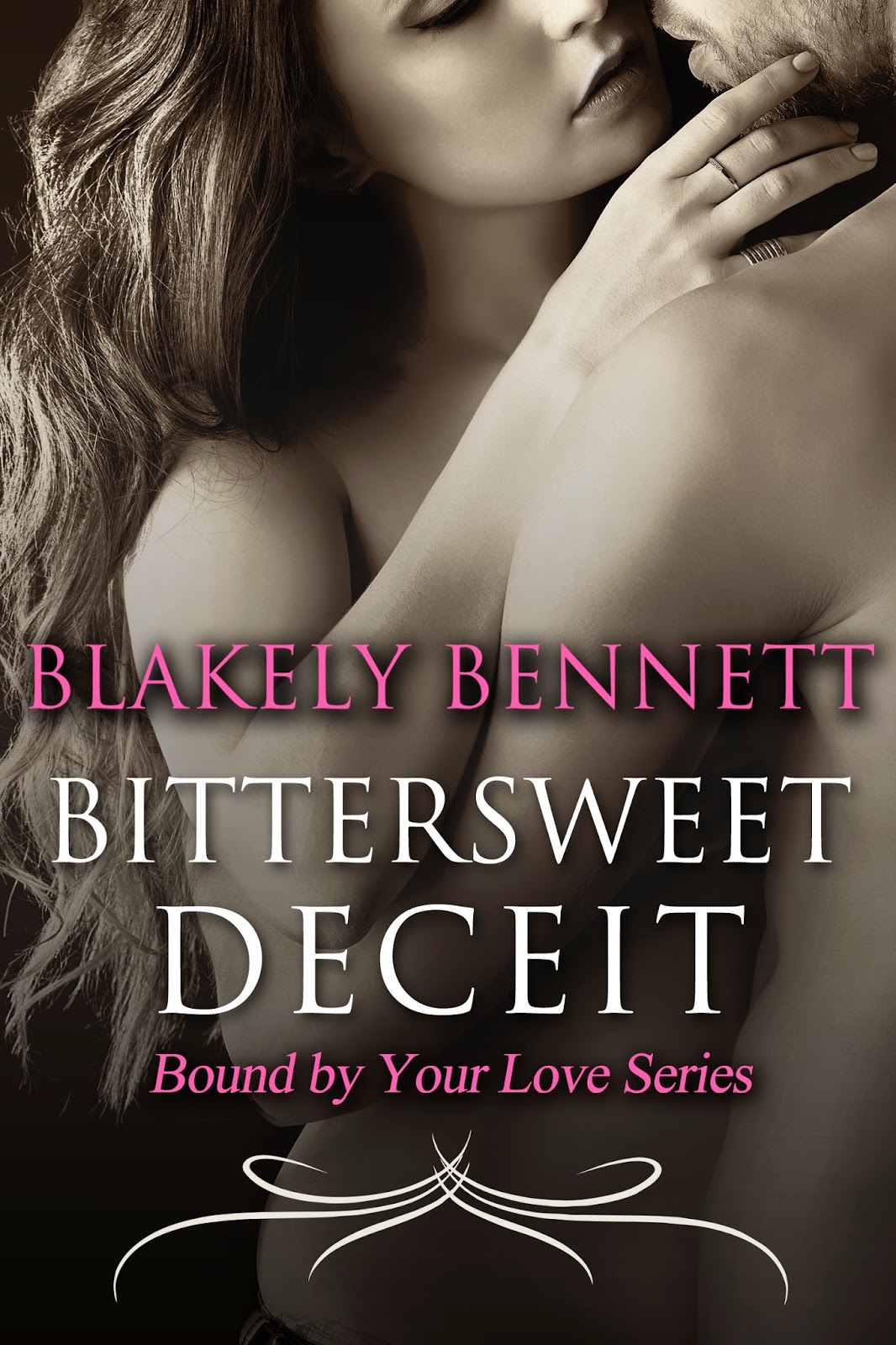 Title: Bittersweet Deceit (Bound by Your Love, Book 2)
Author: Blakely Bennett
Genre: Erotic Romance
Release Date: August 5, 2014
Cover Designer: Yocla Designs
Editing: Read Owl
Synopsis:
Lainie is a thirty year old, full-figured woman entrenched in a love affair with a married man. Although Lainie loves Mason desperately, she vows never to say those three little words while he remains with his wife.
Stayman, an enigma in Lainie’s close-knit group of friends, has been circling her with interest, trying to garner her attention. When circumstances make it clear who’s blocking his way—Mason—Stay goes full-court press in pursuit of Lainie.
Lainie doesn’t see Stay as relationship potential because she is blinded by her love for Mason. However, the more she learns about Stay, the more she comes to realize she never really knew him in the first place.
An unexplainable mystical connection evolves between Lainie and Stay and she has to choose between a man she so hopelessly loves and a man who offers her everything she needs.
Goodreads: https://www.goodreads.com/book/show/22328317-bittersweet-deceit
Buy Links:
Amazon: http://amzn.to/1s9NkD2
B&N: http://bit.ly/1kCZsOr
Smashwords: http://bit.ly/1kkw1QL
iTunes: http://bit.ly/1sqg3F1
Excerpt:
I slipped into the jacket and latched the repeating circles onto my wrist. The bottom of the coat stopped just where the broad lines of the dress changed from horizontal to vertical. “What do you think?” I asked Samantha.
“You look stunning,” a deep male voice responded. I turned around and found Stay smiling at me.
“Wow Stay,” Sam said before I could respond. “Looking mighty handsome. If I didn’t know any better, I’d think this is a date.”
Stayman looked sharp in his black dress pants, matching coat, and dark-gray dress shirt. I gazed at him but was at a loss for words. We stared at each other for a second.
Sam saved me by saying, “Stay, there’s a wire mannequin in the attic that I’d like brought down, and Lane and I can’t lift it. I wondered if you could do that for us. Not now. I wouldn’t want you to mess up your clothes, but—”
As he removed his coat, he said, “It shouldn’t take long and I’ll just take off my shirt.”
He started unbuttoning as both Samantha and I watched as he slowly revealed his chest. Stay slipped out of his shirt and laid it neatly on top of his jacket.
His smooth, lean torso was highly defined and I got caught staring at his chest. He winked at me and then said to Sam, “Come on and show me the way.”
Once they walked away, I glared into the mirror and said, “Don’t even think about it.”
Minutes later, he had managed to carry the mannequin down.
“Let’s put it in the back,” I said, leading the way. “It needs to be cleaned up before it can be out on the floor.” I showed him where to put it. Scanning his physique from his head to his shoes, I noticed that he continued to let his golden-brown hair grow in and chose to where black boots instead of dress shoes. To make matters worse, his five o’clock shadow was incredibly sexy. Damn, he looks hot. Look away girl, just look away!
“Here,” I said, holding out a lint roller, but not making eye contact.
Some dust had settled on the front of his pants just over the zipper area. “You don’t want to help?”
I turned away and said, “Go get dressed.”
“Are you sure that’s your final decision?”
“Very sure.” My rapidly beating heart settled down once his clothing was back on.
“Are you ready to go?” he asked.
“Let me go grab my clothes bag and my clutch and I will be.” Sam followed me into my office.
“He looks hot!” she exclaimed. “He must really like you. I’ve never seen him dressed up before.”
“Stop it,” I said, making sure my dress lay straight.
“Forget about MM for the night,” she said to me with a serious expression. She pulled the tag off my jacket.
“That’s not possible. Thanks for closing up and helping with the outfit.”
“No problem.” 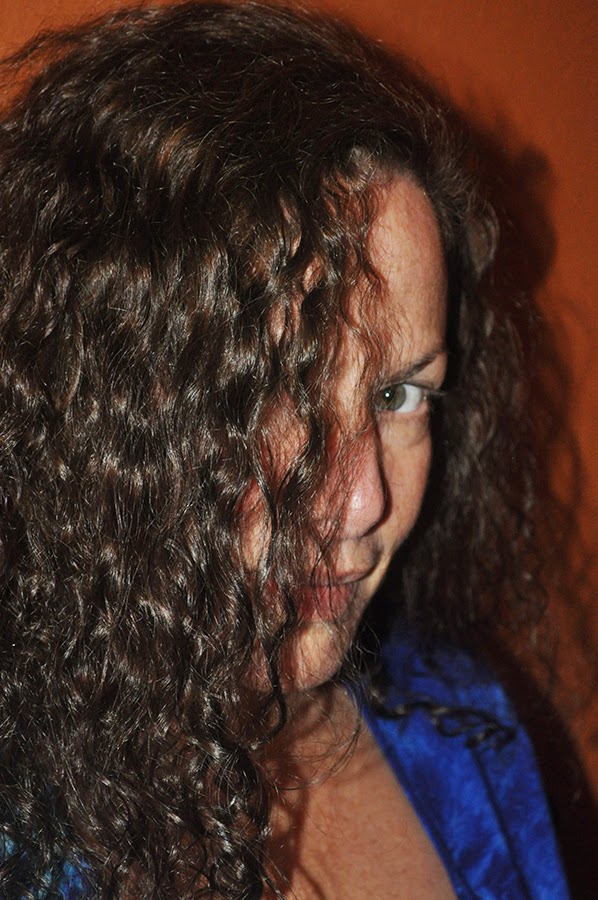 Blakely Bennett grew up in Southeast Florida and has been residing in the great Northwest for over eight years. She graduated from Nova Southeastern University with a degree in psychology, which accounts for her particular interest in crafting the personalities, struggles, and motivations of her characters. She is an avid reader of many genres of fiction, but especially erotica and romance. Writing has always been her bliss. She is attracted to stories of self-struggle and ultimate recovery.
Blakely is married to a wonderful, loving and supportive husband, also a writer, who helps to keep her grounded. She is a mother, a communitarian, a lover of music (always on while she is writing—thank you, Pandora), and a good friend. An advocate of love and female empowerment, she is a facilitator for a women’s group. She loves to walk and hike for exercise and finds that, since moving to Seattle, WA, she is now one of those “crazy” people who walk in the rain.
Bittersweet Deceit (erotic romance) is her 6th novel. She is also the author of the dark erotic suspense, My Body Trilogy (My Body-His, My Body-His (Marcello) & My Body-Mine) and co-authored the contemporary romance, The Demarcation of Jack with her husband, Dana Bennett.
Website · Facebook · Twitter · Pinterest · Google+ · Email
Librarything · Goodreads · Microcerpt · AUTHORdB · Amazon
Stuck In Between: 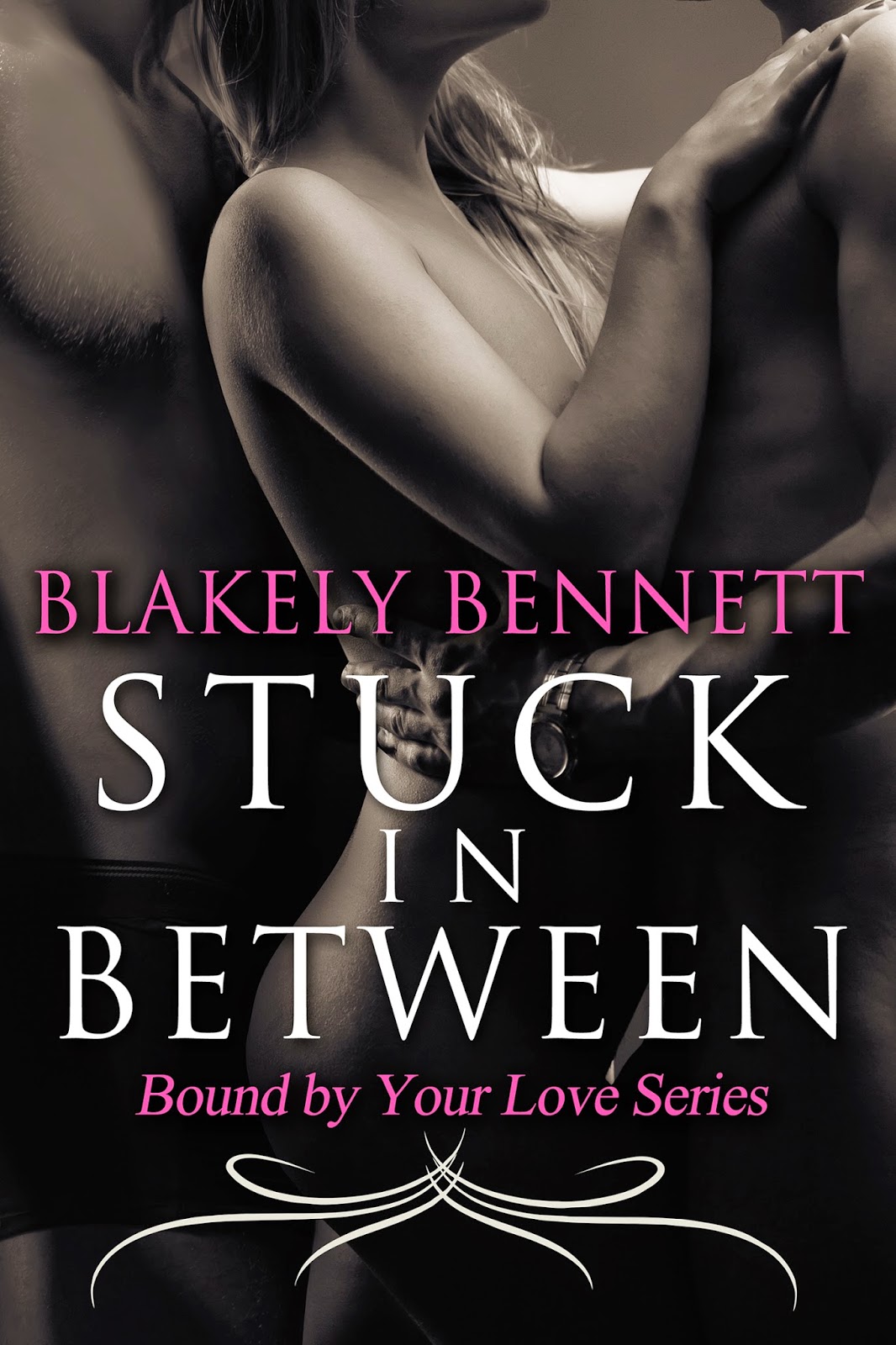 (Bound by Your Love, Book 1)
Jacqs is a twenty-eight year old woman caught up in an on again, off again relationship with Bond, who is her best friend and the one who causes her the most heartache. She succumbs, yet again, to his powerful charisma, but vows not make it into more than it is, a great night of sex.
Bond, too sexy for his own good, wants Jacqs for himself as he “dates” his way through the female population of South Florida. He selfishly doesn’t see the conflict of interest.
Red, Bond’s best friend, has watched Bond take Jacqs for granted for way too long and soon stakes his own claim on her.
Will Red and Jacqs budding relationship pull apart their tight-knit group of friends and will Jacqs survive being Stuck In Between.
Goodreads: https://www.goodreads.com/book/show/20560304-stuck-in-between
Amazon: http://amzn.to/U5CHFY
B&N: http://bit.ly/1r09hY4
Smashwords: http://bit.ly/TVrCa6
iTunes: http://bit.ly/U5CMtg