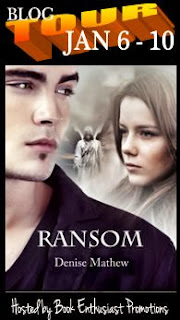 Two tragedies miles apart, a chance meeting, one running toward the truth the other running away. And in the ruins of devastation love grows… When one selfish choice leads to a lifetime of regret, twenty-year-old Lexie Adams struggles to survive in her new reality. Unable to move forward, she searches for answers and meaning in a tragedy that stripped her of the life she had once taken for granted. There’s nothing she wishes for more than a chance to go back in time, to change the fateful night that left her broken. Now faced with the stark truth that she needs to move forward, or be crushed by the past, she pins all her hopes and dreams on one person saving her, famed child faith healer and medium, Gabriel Sanders. Slippery handsome Ransom Sanders loves his brother Gabriel as much as he despises his domineering father. From as far back as Ransom can remember, his days have been an endless string of venues, hotel rooms, and cheap diner food, his nights filled with as many women as he can get into his bed. But when everything he has built his life on is ripped away, he searches for meaning in the chaos that follows . When a chance meeting pushes Lexie and Ransom’s paths together, neither of them can trust enough to be honest about their intentions and needs. But what begins as a Pandora’s box of secrets, lies, and deceit, soon becomes something much more than either Ransom or Lexie thought they could have. Where fate offers them a chance at something that is uniquely their own, a safe place where their broken spirits can be healed, and where love isn’t just a word, it’s a reality.

Review by Gia:
I absolutely loved this book!  The story is told in both Lexie and Ransom's POV.  Lexie is trying to meet Ransom's brother Gabriel.  Gabriel is a faith healer and medium.  Lexie hopes that he can help her with the death of her mother.  She doesn't get to meet Gabriel but by complete chance she meets Ransom.
I thought the beginning of the story was a little slow.  I think I felt that way because I was waiting for Lexie and Ransom to meet.  When they finally meet, it was well worth the wait and I was not disappointed.
Both Ransom and Lexie have had rough patches in their lives.  They start their relationship off on rocky terms but they are great together.   Both Lexie and Ransom kept secrets from each other.  When one of Lexie's secrets comes out it threatens their relationship.  When Ransom finds out her secret, he does what he thinks is the right thing to do.
OMG, the ending was a heart breaking cliffhanger.  It leaves you wanting more.  I can't wait to read more of Lexie and Ransom's story.
5 Amazeballs Stars!!

Denise Mathew loves good chocolate, lots of coffee, her kids and husband, when they behave, and of course writing stories. She believes that housework should be banned and wishes that potato chips were the most healthy and nutritious food on the planet. She worked as a pediatric nurse for eleven years, once owned an online jewelry business and even taught English in Thailand. She plans on writing until the stories run out, something she hopes never happens.